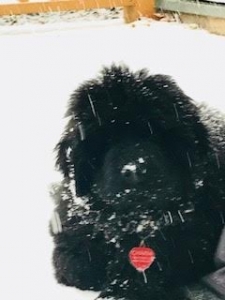 Being a mobile veterinarian comes with all the joys, and trials and tribulations, of being a commuter. That includes the effects that bad weather has upon that commute to and from work that most of us have. I dare say, more so, for me.  You may not be a veterinarian, but I think, and hope, that you will relate to the day I describe below, and appreciate the added “excitement” that each appointment potentially brings, which it did, this particular day, in spades.

The title of my blog would be more suitably named: “famous last words”.  It is ultimately a cautionary tale of hubris from the veterinary trenches, where I foolishly bit off more than I could chew.  I will explain.

I have had a mobile house call practice for over 4 1/2 years.  Inclement weather rarely phases me.  Even though I am my own boss, I limit cancelling appointments due to bad weather.  The reality is that it’s easier to see them than reschedule them.  “Let’s reschedule” have become my least two favorite words… when said by a client or myself.  They have usurped my prior least favorite words “There’s nothing to eat in this house Mom!”. And that is because, with one child still at home, and all those appointments that I do… there truly are times when there is, in fact, nothing to eat in our home.  But I digress.

The point of this blog, for me, is to express how important it is for me to get to my patients when they need me.  And, especially if they are ill.

Which brings me to this Thursday, November 15, 2018.  The date is significant because here in Pennsylvania we had a weather prediction of what “might amount to a few inches of snow (yes.. in mid-November!), and switch later to rain, when it would warm up”.  Problem solved!  I (RESCHEDULED….ugh), and moved everyone to earlier times.  Perfect plan. Yeah… not so perfect! 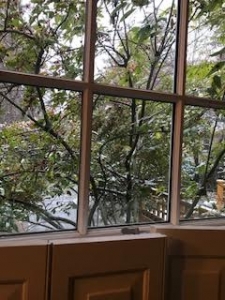 During my first appointment, it started to flurry (36 degrees).  For my second appointment, I met my assistant at an irresistibly adorable Newfoundland puppy’s home (33 degrees). Can’t cancel on cute puppies.  I live for those appointments! But, as we leave the home, we find our cars covered in about 4 inches of snow and an ice layer (28 degrees).  Not good, … but I drive a Subaru!

I should mention that my brother and his family live in North Pole, Alaska. He says that people either drive pick up trucks or Subarus.  If it’s good enough for Santa, it’s perfect for me, right? Well…

Because we drove in separate cars, and the next appointment was on the way to both of our homes, we headed there.  My route involved a turn that felt a lot like someone had lined the road with banana peels. Oh dear…15 mph chaos.  I approached a red light at a 4 lane wide bypass, braked and finally stopped after skidding about 5 feet onto the road and oncoming traffic.  Mercifully, the line of cars and drivers waited for me to reverse. Ultimately we arrived (31 degrees).  They said “messy evening commute”. It was now 12:45! (!?!!:#$!!**)

I love my patient, who is a sweet, but very nervous #dog, whose exams involve the client muzzling her and then leaving her in the sunroom with us.  She is 26 lbs of pure dynamite…energy and speed, who… if you let your guard down for half a second will explode out of your arms and appear a foot away snarling with her muzzle off. 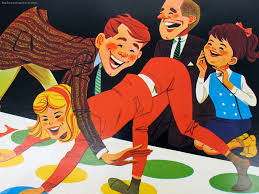 She gave us big wet kisses before we left, by the way! You’ve gotta love that.

We managed to leave (33 degrees, maybe 7 inches of snow) and white knuckled it to our homes 45 minutes later, for what would normally be a 7 minute trip.

My Subaru managed better without the ice, but it was slow going.

I cancelled the last appointment. I have been humbled. I tried. Lesson learned… 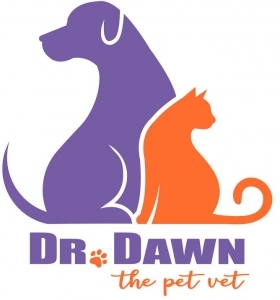 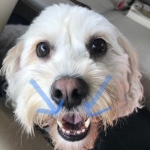 Holiday Foods and Hazards: Beware Next 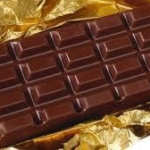