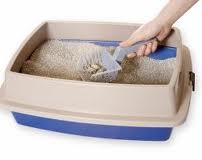 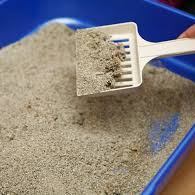 If you are thinking of adopting your first cat, or have lived with cats your entire life, this information is for you. With the exception of exclusively outdoor cats, kitty litter is a part of life with cats.

It might seem like a non-issue, but the reality is that cat litter has a lot to do with everything related to cats and the people who love them.  It literally changed our relationship with cats, and today cat owners face a dizzying abundance of litter options.  Understanding those choices, how they impact our natural world and how to dispose of them responsibly, is essential to the health of people, pets and the environment.

Cat litter made it possible for people to keep their cats indoors.  Prior to that, people let their cats outdoors to do their “business” in the dirt or sand, or they brought those materials into their homes.  Also, people used the ashes from their fireplaces and wood burning stoves.

Introduced to the U.S. market by Edward Lowe in 1948, clay cat litter revolutionized the modern cat bathroom.  Due to its effectiveness at absorbing liquids, clay quickly replaced sand and ash as the substrate of choice of people with indoor cats. At the time, clay litter was inexpensive and effective at absorbing urine, but did not form clumps.  Fecal matter had to be removed multiple times per day and tall the litter completely replaced at least once each week.

Then clumping clay hit the market in 1989, becoming a huge hit.  Today, 77 % of U.S. cat households usually purchase a clumping type litter, whether plant based or clay, according to the 2013-2014 American Pet Products Association National Pet Owners Survey.  The main ingredient in clumping or scoop able clay litters is bentonite, a type of clay which forms naturally from weathering rock and volcanic ash.  It expands when wet and can absorb more than its dry mass in water. It is used to line the base of landfills to prevent hazardous materials from seeping into groundwater.  More convenient than non-clumping clay because you don’t have to completely dump the litter from the box as often, clumping clay litters effectively absorb urine and odors, and are still inexpensive.

There is variation in the additional ingredients in the clumping clay litters, depending on the brand. This might include quartz silica, diatomaceous earth, baking soda, guar gum, borates and fragrance.  Since many cats prefer unscented litter, far more brands are unscented.  For a list of ingredients in your cat’s litter, check the packaging or contact the manufacturer.

In the event of ingestion, the ASPCA Animal Poison Control Center states that cats might safely swallow small amounts of litter while grooming, passing through the digestive tract easily.  Mild gastrointestinal upset is the most you might see in those instances, if at all.  The bigger concern is if dogs, who are more inclined to snack on cat litter, +/- cat feces. Bentonite clay and  silica are inert ingredients, meaning that they are non-toxic if swallowed. Still, the ASPCA suggest waiting until a kitten is 3-4 months of age before introducing him to clay litter, as the kitten might eat litter during the weaning stage.  If you discover your cat eating litter, it might  indicate a nutritional deficiency, and something your veterinarian would be interested in knowing.

Clay and the Environment:

Clay is a natural composite of minerals just below the Earth’s surface, and has been mined since the earliest civilizations.  It has many industrial uses, and whether it is made into litter or ceramic tile, clay mining has an environmental impact. Therefore, land reclamation is required of companies that mine it, to reshape, restore and reclaim the land by replacing the topsoil and sowing native plant species in the area used.   There are growing concerns about exhausting non-renewable resources, and there is a debate as to whether clay is renewable, because it is produced naturally.  Because clay forms during the weathering of rock and the alteration of minerals in soils, it’s formation is a never ending process.  Still, it takes a very long time, and the proper geologic and climatic conditions to generate a sufficient amount of clay to form a commercial clay deposit is not brief.  Based on current surveys, global reserves of clay and bentonite still remain large, particularly in the U.S. If that were to change, the price would rise, and other options might become more important.

In the early 1990’s, pine and wheat letters were invented, and another revolution began.  Below are the main categories of biodegradable, renewable, plant-based litters.

Wheat: Made from naturally processed, non-food-grade byproducts of hard wheat, such as durum, this clumping, lightweight litter shares the same texture with clay litter.  It is a good option for people and cats with dust allergies. Also, enzymes in the wheat naturally neutralize odors and it biodegrades.

Corn: Made from recycled corncob fiber, this is clumping lightweight, has a low-dust level, similar texture to clay, but is biodegradable.  It is also good for dust allergy sufferers.

Pine: Made from pine sawdust left over from lumber mills, no new trees are cut down to make this.  It is biodegradable, available in a clumping formula or pellets that disintegrate when used.  It is lightweight, has a low-dust level (even though made of sawdust), and absorbs urine and odors naturally, and is good for dust allergy sufferers.

Cedar: Also recycled from lumber industry waste, this lightweight, low-dust litter comes in chips or clumping formulas.  It is mixed with other ingredients, such as corn and pine.  Some clay litters include cedar as a natural deodorizing additive, since it naturally neutralizes odors.

Recycled newspaper: Made from recycled newspaper and other paper products, it is lightweight and non-clumping.  It is available in pellet form, and is a good, biodegradable option for dust allergy sufferers.

Walnut shells: Made from crushed walnut shells leftovers, it is annually renewable and biodegradable.  It has low-dust, neutralizes odors and forms tight clumps.  It is dark brown in color, and some users report tracing stains on light-colored flooring and paws.

Hemp: This litter substrate is brand new to the U.S. market. Easy Clean Plains Hem Cat Litter, is produced from the fast-growing hemp plant’s woody stem, making it both renewable and biodegradable.  The company claims it will decompose twice as fast as other litter materials available.  It is low-dust, odor-free and available in absorbent pellet form.

My personal favorite is Okokat wood clumping litter. I have been in small homes with multiple cats, without a scent of cat upon arrival. 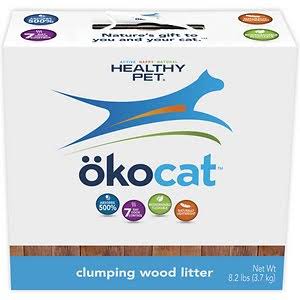 While some plant-bsed litters are compostable and flushable, scientist recommend not composting or flushing them, even with the feces removed.  The USDA Agricultural Research Service spokesperson is against composting due to the risk of  toxoplasma shedding into the feces, and thus into the environment.  One example mentioned was toxoplasma eggs remaining viable under a tree at an experimental site for 18 months.

This poses a risk to children who might play in the dirt, and then put their hands in their mouths without washing them. Another study showed that infective eggs could end up in the marine ecosystem through freshwater runoff, posing a risk to sea otters.  California Assembly Bill 2485, passed in 2006 partly in response to this and other studies, made it illegal to flush cat litter down toilets.

Thus, the USDA recommendation for cat feces and used litter  is to place it in a bag and throwing it into the trash.  The heat generated int he landfill might even kill the parasite, but there are no documented studies proving that at this time.  If you have a sewage system, your local treatment might have recommendations about flushing litter and cat feces.  Check with your local utility.  Depending on the proximity to any natural bodies of water, the rules may vary. 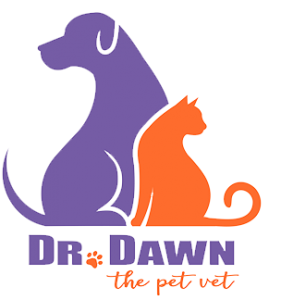 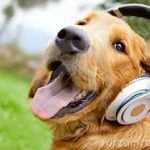 A Week with an American Imbecile in Tuscany Next 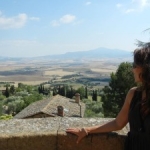