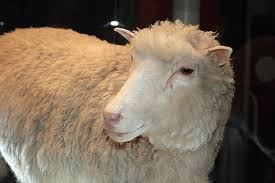 Did you know that dogs can be cloned? Well, they can.  The technology exists, and for approximately $50,000, you too can clone your own dog.  Most of us have heard of Dolly the Sheep, the first cloned animal, born in 1996. Since then, about two dozen other species of mammals have been cloned, including cattle, deer, horses, rabbits, cats and rats.

The first dog to be cloned was named SNUPPY, short for Seoul National University Puppy, and was born in 2005.  Sooam Biotech is a South Korean company, that has since cloned more than 600 dogs.  They work in conjunction with a company in Texas, called ViaGen Pets.  They also can preserve your pet’s genes for a mere $1600.

Meet MissyToo, and Mira.  They live in California, with a Mr. Hawthorne, whose mother’s dog Missy 1.0 was the “genetic donor”.  Missy’s nuclear DNA was added to eggs of a different dog, whose DNA was removed. A third dog carried the embryos to term, serving as a surrogate.

What is important to note is that, when dogs are cloned, they may not act or look exactly like each other, or the donor.  These two dogs vary in size and color, in part, because they happen to be born several months apart. And, external traits, such as the waviness of fur and the up-or-down pointing of ears may vary, based on the surrogate, and her collagen levels during pregnancy.  They also have different personality traits.  Consider this in the event that you are considering cloning your pet.

I bring this topic up now, because it is currently newsworthy.  Specifically, Barbra Streisand recently cloned her now deceased dog Samantha, and made the mistake of mentioning it during an interview.  It led to a media storm of opinions, mainly negative, aimed at her for her actions.

Let me point out that I am fully skeptical of what might happen, ethically, if this technology gets into the wrong hands, and its potential for abuse. Imagine, if you will, Hitler having had this medical technology available while he was alive.  I feel like much of technology, be it medical or otherwise, is often available in advance of legislation regarding it’s use, to prevent   its misuse. Nonetheless, I found myself defending Barbra Streisand.

She was criticized for spending such an extravagant amount of money on cloning a dog.  She was taken to task for cloning, in lieu of adopting a dog or dogs already alive and in need of a loving home.  So many people had vocalized an opinion, that Barbra felt the need to publish an explanation of why she cloned Samantha, who had passed away at 14.  She described that cells were collected from Samantha’s mouth and stomach.  She had missed her Sammie, a Coton de Tulear, so much, that she did, in fact, adopt a rescue dog while waiting for the clones’ births. The rescue is a Maltipoo, whom she named Sadie, after her first dog, given to her by the cast of Funny Girl.  Around the same time, Sammie’s original breeder mentioned that she also had a puppy available for adoption, who’s mother was coincidentally named Funny Girl, so Barbra adopted her as well. The cloning process ended up producing four puppies.  She kept two (Miss Violet and Miss Scarlett), and gave the other two to close friends. She admits that, even though you can clone the look of a dog, you can’t clone the soul.  Still, each time she sees them, she smiles remembering her old dog.

I felt the need to share my opinion with you.  I happen to think that, if Barbra Streisand wants to clone her dog, she should be able to clone her dog.  I don’t think she should have had to issue any explanation to anyone.  It is her business what she does with her hard earned money, as is it my business what I do with mine, and you yours.  If these pups give her joy, so be it.  This woman is one of the most talented people on the planet, and has given so many of us joy watching her perform. I love animals, and strongly support rescuing pets. Personally, I would never clone my dog.  Still, I think those judging Barbra need to mind their own business.

Furthermore, for those that feel compelled to criticize the cost of cloning, which might be otherwise spent on philanthropy, consider this.  Barbra Streisand is listed as one of the most philanthropic celebrities.  She has formed the Streisand Foundation, which gives grants to causes including health issues (Cancer, women’s cardiovascular disease, and children’s diabetes), women’s rights, civil rights, and the environment.

I can think of scores of examples of celebrities spending money on complete nonsense, in my opinion. Over the top weddings, luxury automobiles being destroyed to film music videos come to mind, … to name a few. If more of us led lives as exposed as celebrities, I would wager that less of us would be as likely to publicly criticize others. 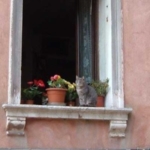 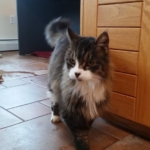